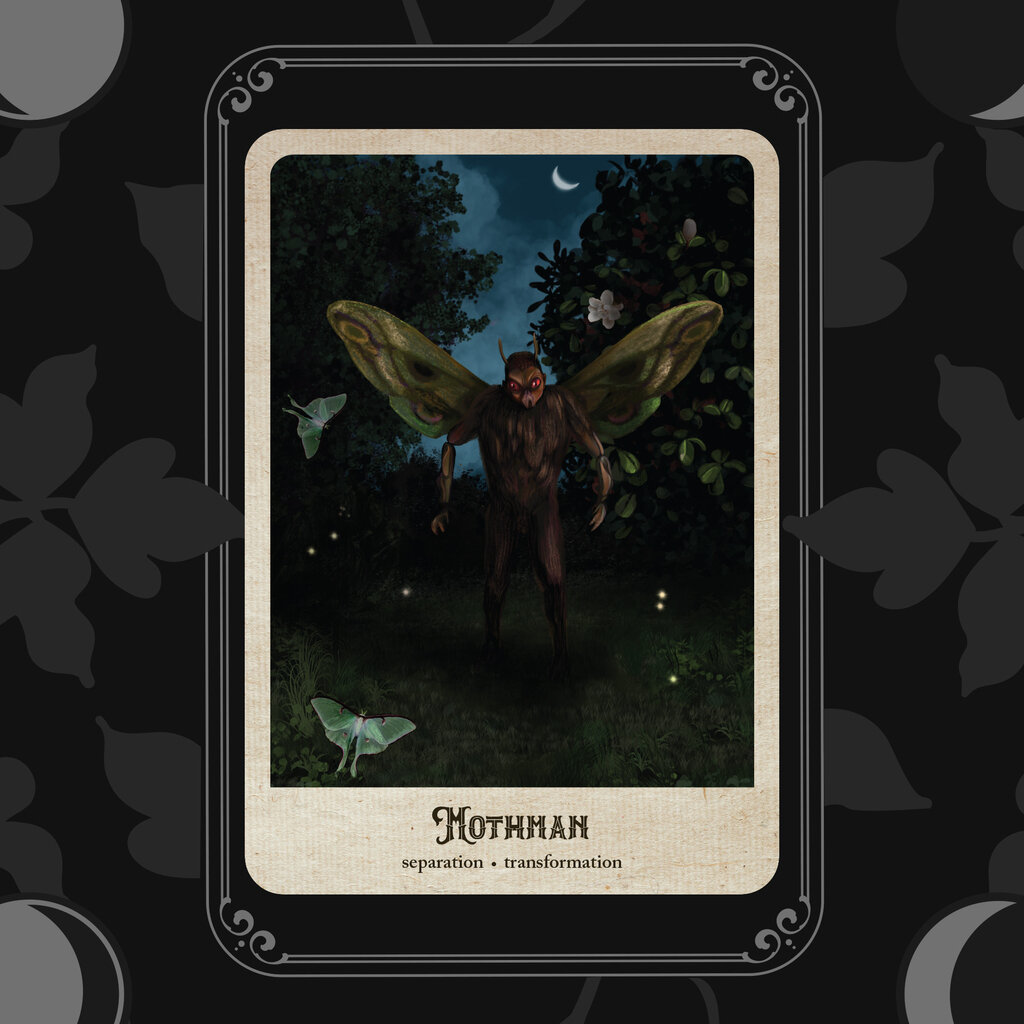 This accessory pack adds 9 spooky selections to your Southern Gothic Oracle deck (45 cards). For an extra touch of gothic, these HAUNTS cards feature spectres, cryptids and monsters from all around the South: you'll get a Hellhound card, a Mothman card, the Boo Hag, and more... Comes to Kickstarter backers as a BUNDLE, including a ouija-board themed black cotton bandana to be enjoyed with the cards, or on its own.